DreamWorks Animation’s Premo animation system enables a direct manipulation of controls in real time on the geometry of the character. To support this workflow a new approach for our facial system needed to be developed as a typical shape driven system with macro controls could not take advantage of the new software. 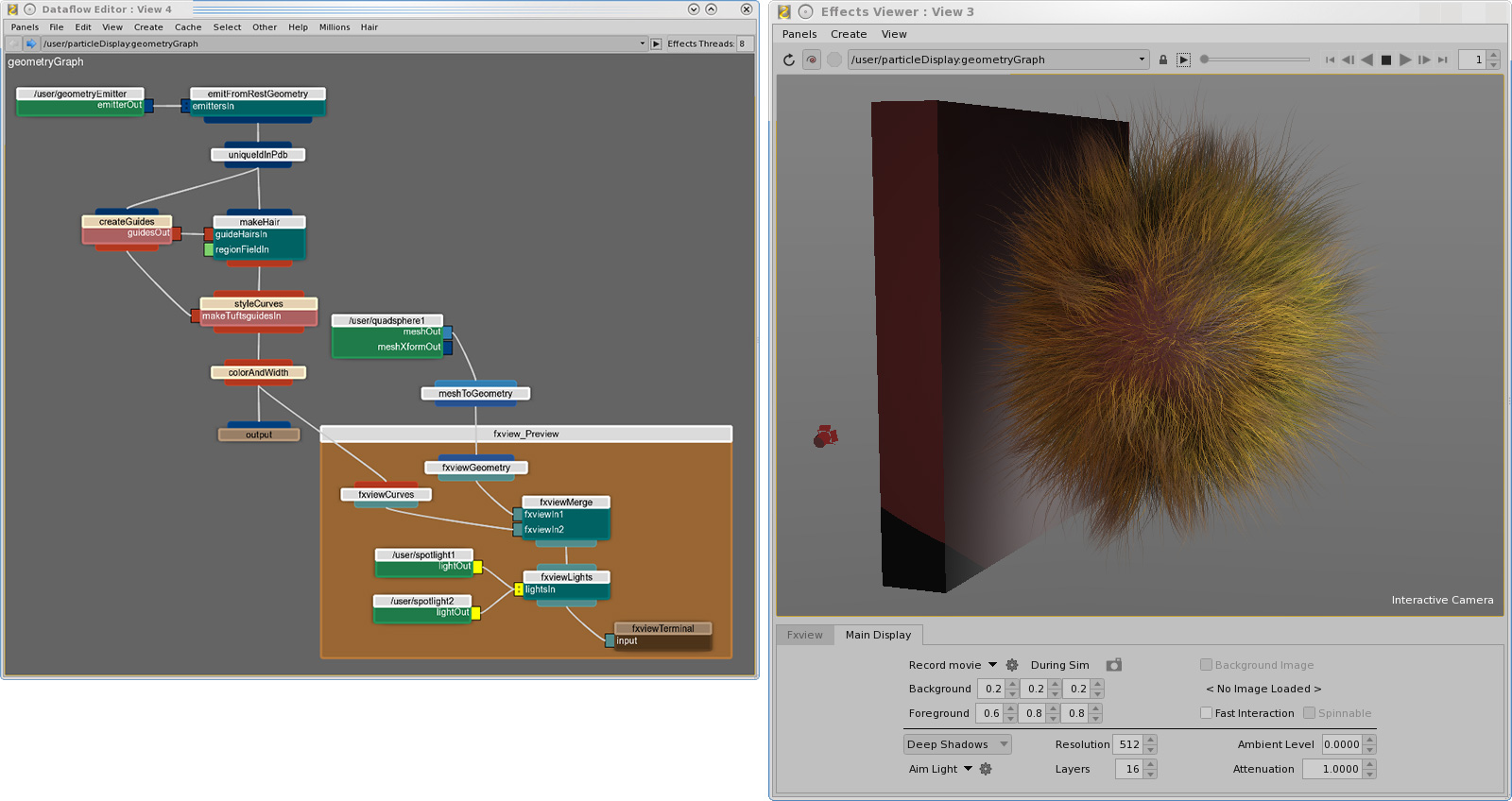 Dataflow is a node-based graph-evaluation system at the core of ILM’s visual effects pipeline, and it has been used on dozens of major motion pictures over the past 8 years. It is used for assembling networks of Python rules for generating and controlling particle and volume simulations, authoring 3D spatial fields, creating and processing geometry and volumes, instancing geometry for set dressing and vegetation, instancing curve geometry and attributes for hair, instancing of characters and motion for crowds, and much more. It is integrated in Zeno’s scene graph and can be used as an evaluation engine through a custom plug-in framework within other applications such as Katana, Maya, and Houdini.

Golaem Crowd is an artist-oriented crowd simulation plugin for Autodesk Maya. Amongst the various tools embedded in the software, it includes a dedicated character animation engine. Golaem Crowd animation engine allows real-time motion retargeting as well as interactive motion synchronization and blending. In this paper, the motion retargeting workflow is detailed, as well as its features and how it helps solving production constraints by reducing the number of assets to create and by facilitating the reuse of assets.

A particle system is a heavily used tool in every effects animation department in the world. In this paper, we re-explore this well understood and relatively ancient technique. We present our design of Rapid, a modern and easy to use particle dynamics framework that seamlessly fits into procedural node graphs. We discuss schemes for minimizing sub-frame evaluation of the dataflow graph, including an improved collision model and simple methods for generating smooth and continuous particle emissions. These techniques combined with improved workflow tools enable artists to build production setups faster, and simulate them quicker. The Rapid framework has been used on hundreds of shots at the studio to produce effects like water, magic, debris, spray, dirt, embers, and sparks. 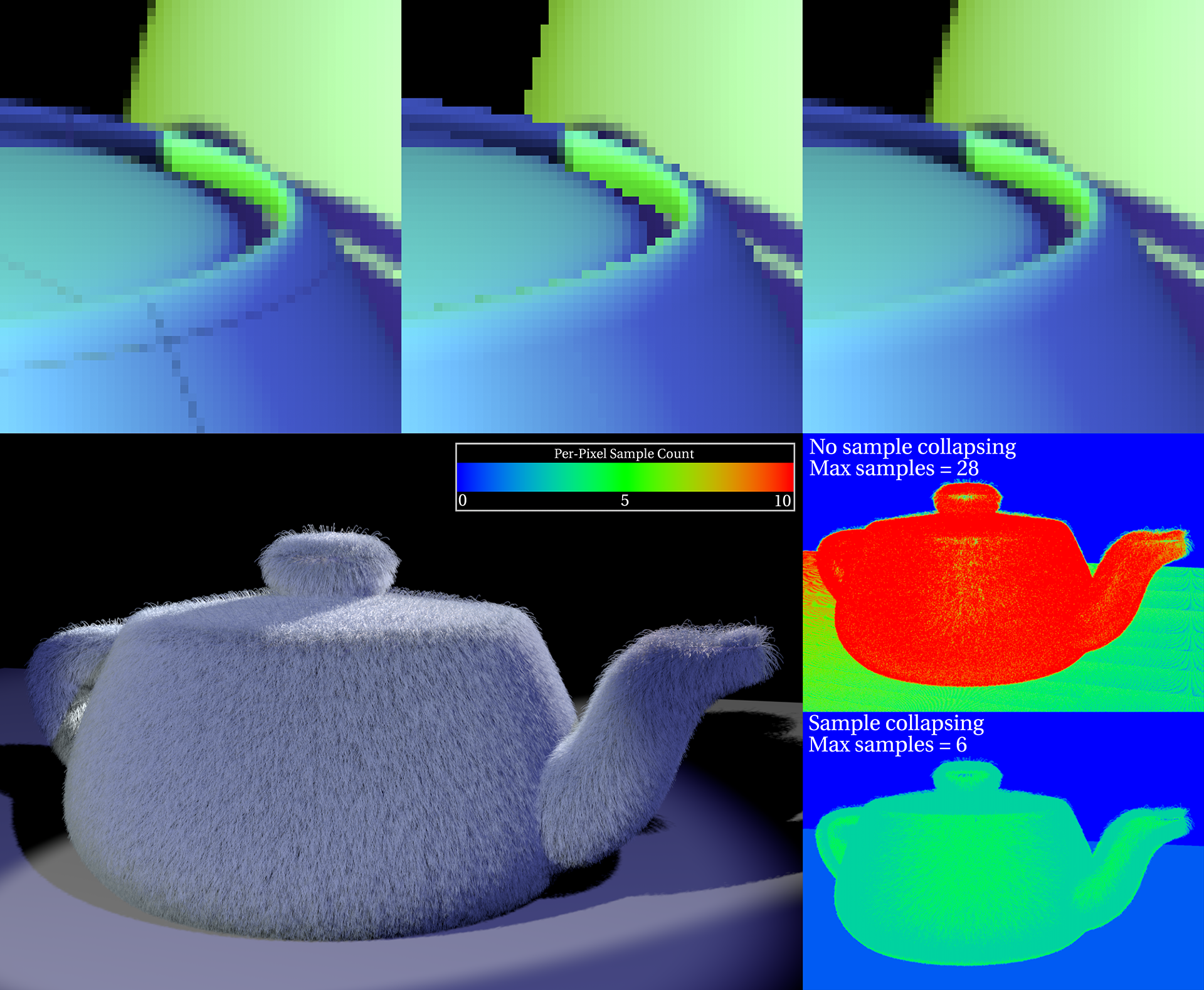 We present an improved method of producing and manipulating deep pixel data which retains important surface information calculated during the execution of the rendering algorithm for later use during compositing, allowing operations normally performed in the renderer to be deferred until compositing. These include pixel-coverage calculation, pixel filtering, hard-surface blending, and matte object handling. 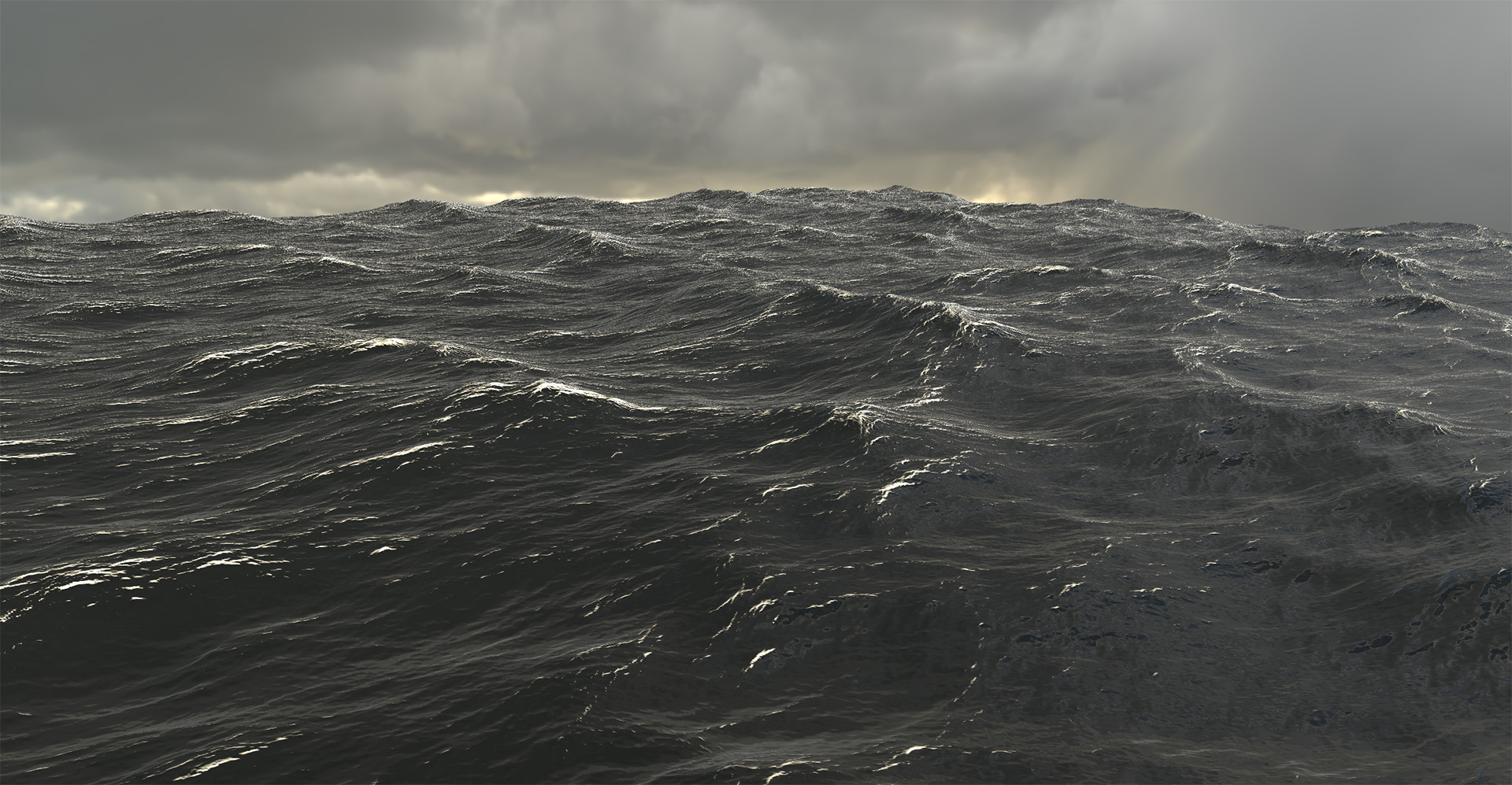 In this paper, we describe the practical application of several empirically-based, directional ocean wave spectra for use in the Fourier synthesis of animated ocean height fields. We use the Texel MARSEN ARSLOE (TMA) empirical model for the non-directional component of the wave spectrum, and compare a selection of empirically-based directional spreading functions. Additionally, we introduce a novel, normalized parameter called “swell” which modifies the directional spreading to produce wavelength-dependent elongation of waves into parallel wave trains. 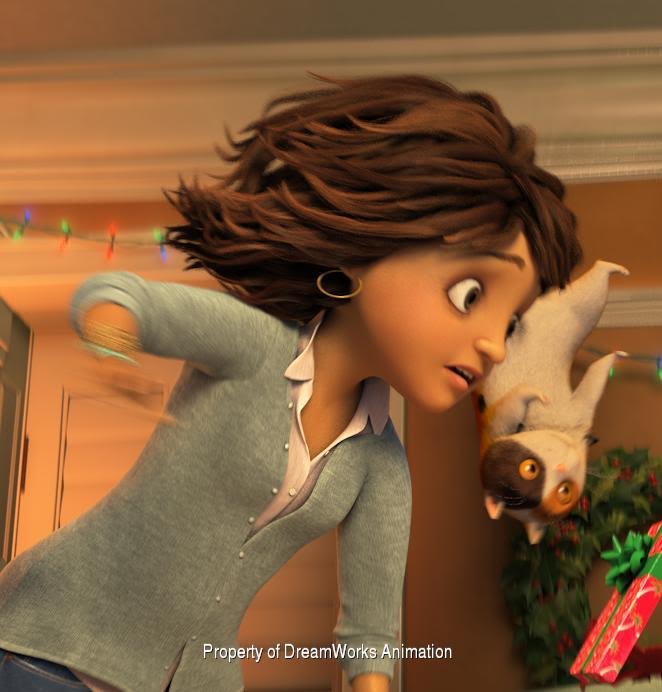 We present a hybrid direct and projective iterative algorithm for simulating hair. The algorithm is fast, stable, visually accurate, and uses a comprehensive elasticity model with a well defined continuum limit. The low resolution simulation is a good predictor of higher resolution results which we attribute to our novel treatment of bending and twisting forces. Timesteps may be as large as a single step for each frame of 24 Hz animation. The treatment of collisions is implicit and does not introduce any artificial strain or forces.

The company culture at Weta Digital calls for artists to push scene complexity and image quality to their limits with each new production. It’s the job of the rendering research team to make sure the rendering resources and technology enable, support and often invite this passionate pursuit of perfection. In his keynote, Luca Fascione will cover the inspiration, advancements and occasional missteps over the last decade that led to the creation of Weta’s new path-tracing production renderer Manuka. He’ll also give some insight into some of the open challenges that are currently being pursued as well as a few future ones.

This talk presents a “theory of pipeline” in which a pipeline is thought of as a large and complex version management system. Interesting behaviors arise because the “versions” come in three distinct types: A revision describes the evolution of things over time; a variation describes the artistic intent of objects; and a representation describes the different encodings of things, for a given artistic intent. These versions form a basis space for understanding pipelines. We can use these ideas to define and discuss a number of pipeline concepts, especially those related to Assets and Asset Management, and we can use these ideas to categorize a number of pipelines from leading animation, games, and VFX studios.

The Academy Color Encoding System 1.0 (ACES) was launched in December 2014 by the Academy of Motion Picture Arts and Sciences. The result of over 10 years of industry-driven development and testing, ACES provides a standardized color management infrastructure to replace what was lost in the transition away from film. A key application addressed by ACES 1.0 is visual effects production. The addition of the ACEScg color encoding to compositing, lighting, rendering and other CG workflows will simplify element interchange and preview, as well as enable high dynamic range and wide gamut deliverables. 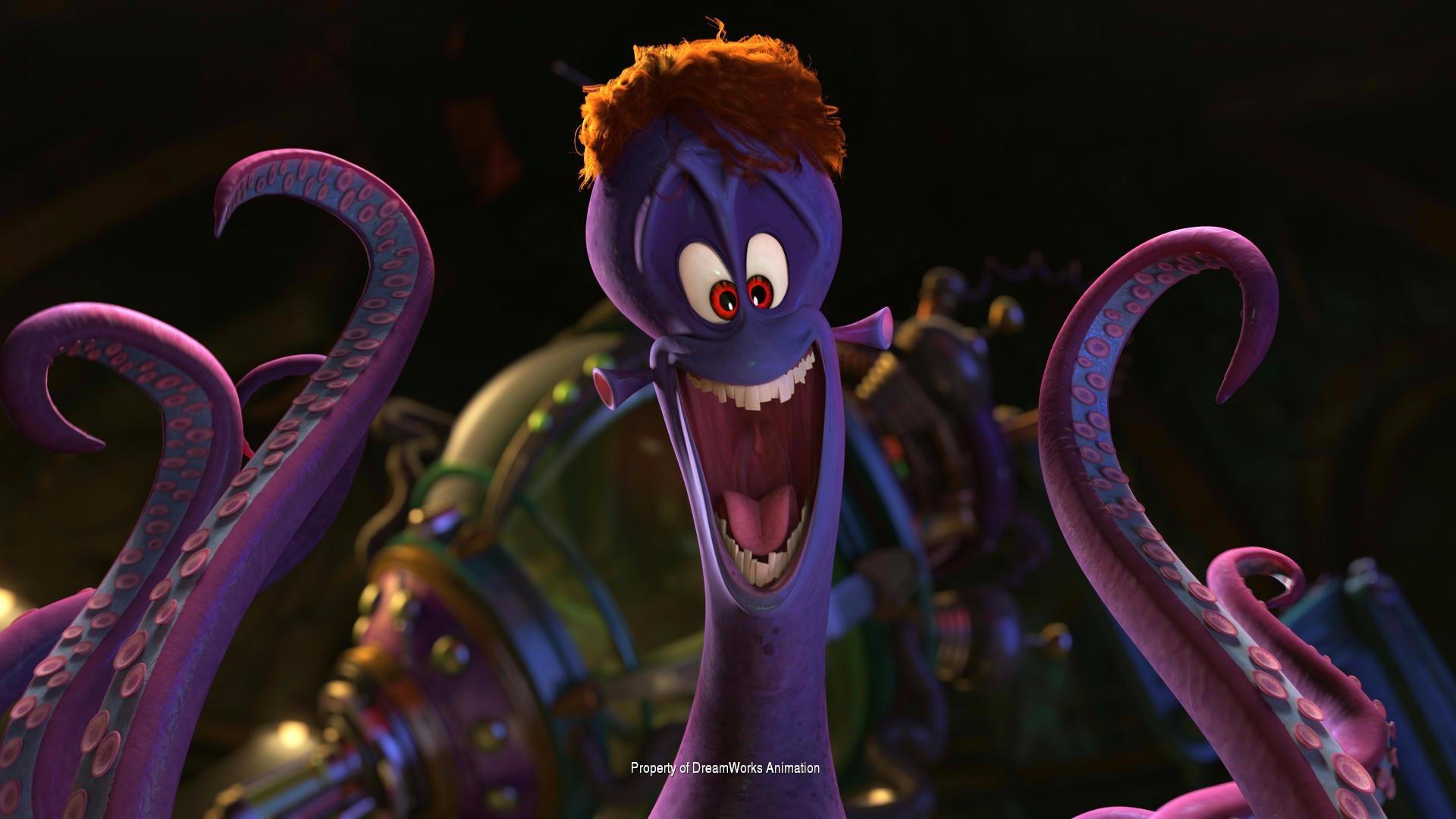 On Penguins of Madagascar, we had the unique challenge of rigging several octopus characters to antagonize our heroes. Unlike normal octopuses, they spend most of their time on land, and had to be able to scurry around, operate machinery, and do kung ­fu. However, tentacles are notoriously difficult to animate, so we needed a solution that Animators could easily pose both for walking and gesturing, without taking significantly longer than they would for a normal bipedal character. On top of that, combining the range of motion that a boneless octopus requires with the exaggerated cartoony motions and art­ directed shapes that are a part of the Madagascar style, meant we needed shaping solutions far beyond those found on a typical character. We solved these needs through careful design choices, a custom tentacle setup, special silhouette controls, and a unique approach to combining the face and body deformations.

An open discussion for all attendees on this year’s symposium and planning for DigiPro 2016.

An opportunity to mingle with your fellow attendees. Enjoy beverages, hors d'oeuvres and conversation to finish off your day at DigiPro!